The following episodes now have Mis' Lydia Crowe's analysis and scripts transcribed from the audio...

Paul Rhymer spent a considerable amount of time writing about horses on Vic and Sade.

Did you realize Mr. Gumpox had at least three different garbage wagon horses die (Bernice, Cecil and Margaret Evelyn)?
Posted by Jimbo at 5:09 AM No comments:

Highlights of this notebook 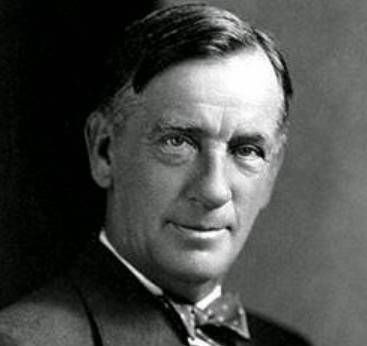 Edgar A. Guest was a well-known poet in the early days of radio and had several radio shows where he was able to show off his talents.

It has been known for a while that Mr. Guest was a huge fan of the Vic and Sade radio show and though we could only surmise the reasons, perhaps now we know for a fact, why.  There is a photo of Guest along with the Vic and Sade gang in existence and a famous quote (actually a short poem) from him from another patch of time, showing his admiration for the show.

In 1936-1937 (and perhaps before and after these dates) Art Van Harvey and Bernardine Flynn played husband and wife on Welcome Valley, a show starring Guest.  Not much is known about the show, other than Joan Blaine was also a co-star and Guest played the editor of a newspaper, the Welcome Valley Chronicle.

It seems now the mystery of the connection of why Guest was such a big fan of the show is now solved. 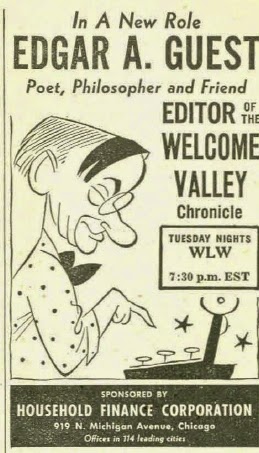 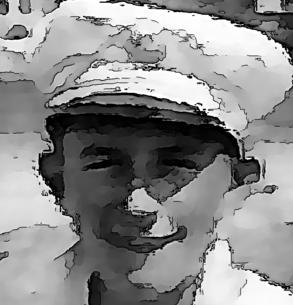 We've been perplexed by brick mush and later, we probably figured it out. However, the whole concept of a "brick mush salesman" mystified even the best of us, including myself. There's NO WAY a man went door to door selling polenta, right?

A bit of digging this morning led me to a 1985 article from the New York Times, where a cooking expert answered questions for readers.

In the second question posted, a reader asks about brick mush; the writer seems to have figured out the "what is it" part but was stumped by the Vic and Sade aspect.
Posted by Jimbo at 3:21 AM No comments:

http://faculty.wp.excelsior.edu/hetherington-discusses-recent-book-on-depression-radio-comedy/
Posted by Jimbo at 12:45 AM No comments:

An interview with Stephen Drangula

A couple of months ago, Stephen Drangula (https://twitter.com/Drangula) started following me on Twitter. His quips are always funny - but the best thing is, he is a Vic and Sade fan.

He hasn't delved too far into the series, but I thought this would be a perfect opportunity to get to know him a bit better!


Jimbo: Tell us how far into the series you are.

Stephen Drangula: I’ve listened to everything the Internet Archive has from 1937 to 1940. I’ve also listened to the last episode and a smattering of others.

Jimbo: Do you remember when and how you first heard about Vic and Sade and what you first thought of it?

Stephen Drangula: In the late 1990s, I went to Chicago’s Museum of Broadcast Communications, and took advantage of their archive of old TV and radio shows, which could be watched/listened to in a private booth. In addition to watching the first-ever episode of “Sesame Street,” I chose to listen to four episodes of “Vic and Sade.”

These episodes were from the period when the show had continuing story lines. I remember being struck by how sharply observed the characters, situations and humor were. Just from those four episodes I thought—this is probably the best thing that was ever on radio.

Detailed memories of those four episodes have faded, but I remember one featured boorish house guests, who drive Sade mad while believing themselves to be boisterously hilarious. Sade tries to be polite throughout the episode, until the end, when she angrily bursts out, “Be quiet, be quiet, be quiet!”

For years, I meant to spend more time with the show, but it wasn’t until several months ago that I finally took advantage of the internet’s bounty, and started listening again.

It seems as if I must have known about the show before visiting the museum. Why did I choose to spend my limited time at the place with that show? But if I had heard of, or heard, “Vic and Sade” prior to that visit, I no longer remember.

Stephen Drangula: Rush. I am very taken with his character. He is among the most fully realized and lifelike teenagers in literature. He’s vastly superior to, say, Henry Aldrich. I’m sure he doesn’t have a peer in radio. You’d have to look at the best in novels and plays, instead. It may not be going too far to compare him to Shakespeare’s boys and girls, particularly Romeo.

I’m disappointed to hear that he simply disappears from the series and then is replaced, without explanation, by Russell.

Of course—unlike Romeo, who is not bound to a particular actor—Bill Idelson deserves part of the credit for the character’s success, just as Art Van Harvey and Bernardine Flynn do for the success of their characters.

Then again, I came across a Vic and Sade script years ago, and the show is awe-inspiring even in script form. In this one, Vic and Rush amuse themselves with electric shocks being delivered by a malfunctioning washing machine. I didn’t need to hear the actors to be charmed and impressed by just Paul Rhymer’s words.

Jimbo: I think it’s pretty obvious that Paul Rhymer's writing had an influence on others' writing and on television (particularly through Bill Idelson). Would you care to comment on this?

Stephen Drangula: I wish he had had more influence. One reason the show is still so fresh and original is that no one has managed to duplicate its success. I’m not sure very many have tried. Certainly the show sounds nothing like the punchline-oriented comedies of then or now. And it’s only recently that some TV comedies have abandoned the laugh track and attempted the more naturalistic humor that is characteristic of “Vic and Sade,” but I don’t know if anyone writing comedies today has been directly influenced by it.

I’m working on a radio series that I scripted, and perform in, called “The Rich and the Filthy,” a parody of soap operas, that I hope will be available on iTunes soon. I’m proud of the show, but I’m sad to report that it’s not influenced much by Paul Rhymer’s work. I’d have to be a much more seasoned writer, and observer of human nature, to attempt anything like Rhymer.
Posted by Jimbo at 1:29 AM No comments:

Imagined characters and their drawings - from 1938 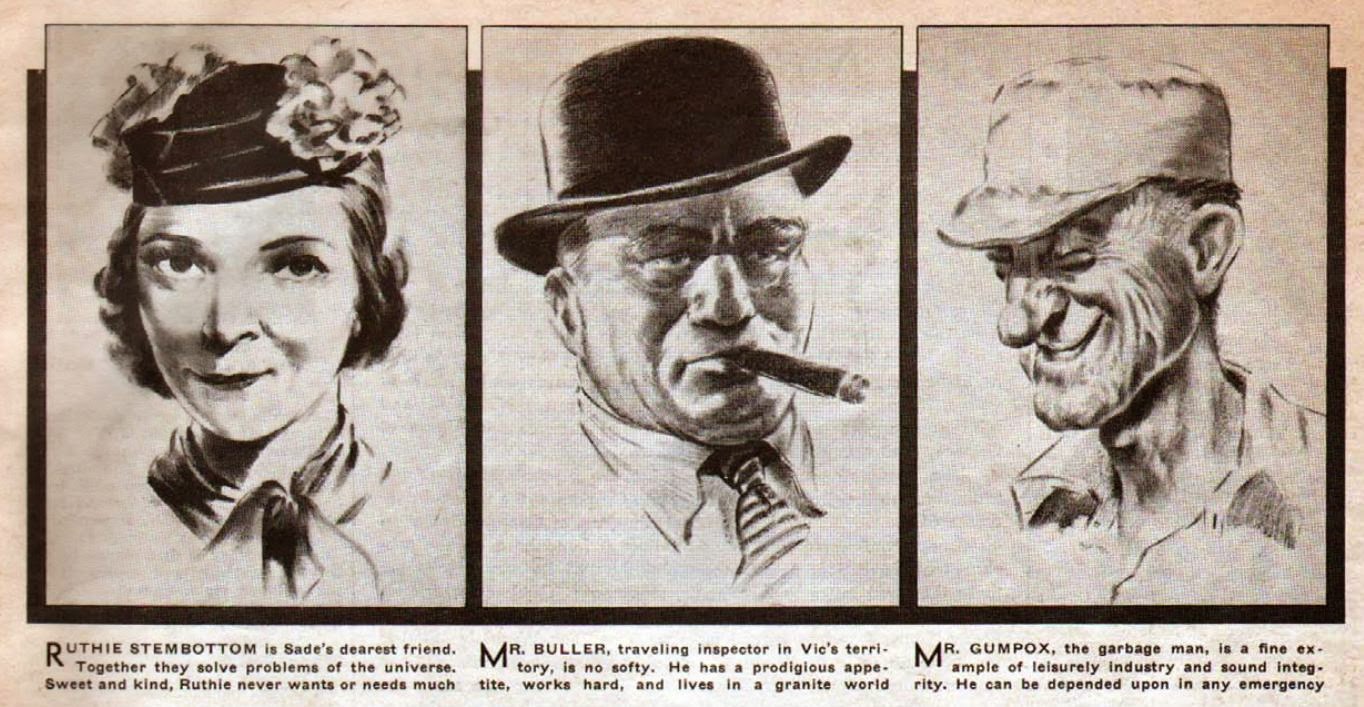 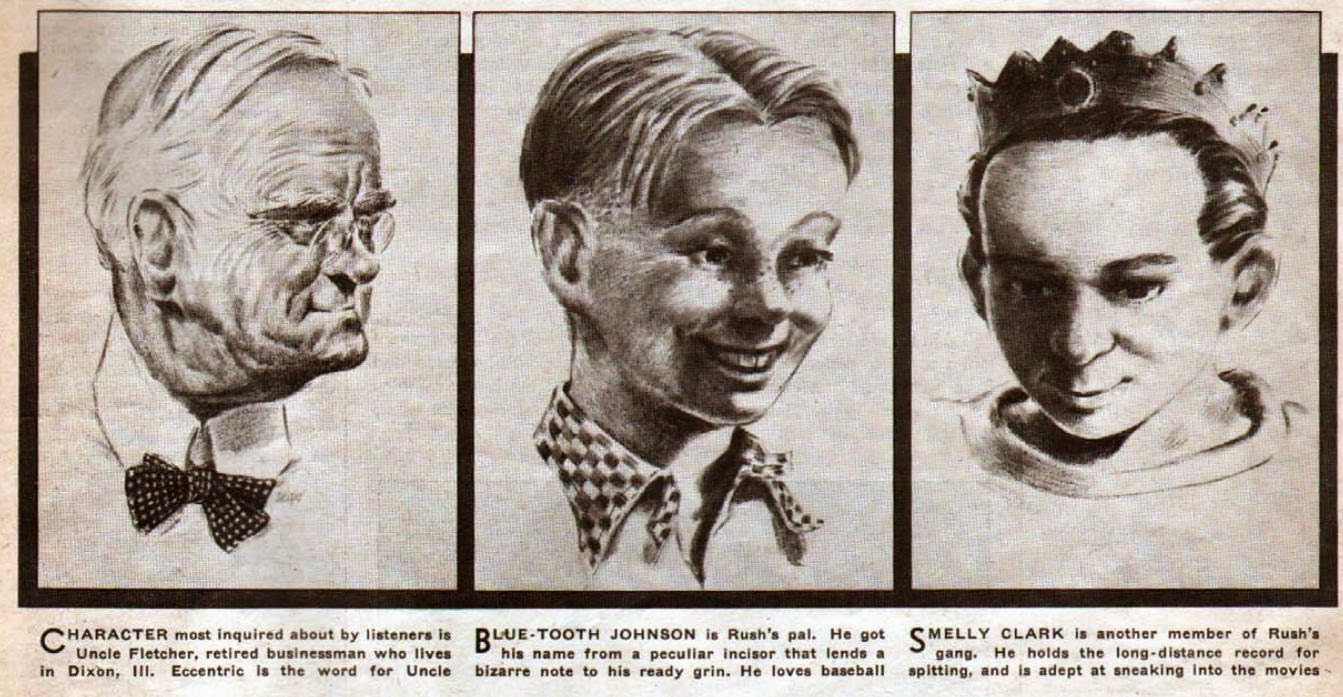 I did some digging and found that the "Thimble Club" was not a Paul Rhymer invention, as they can be found planning to congregate (in newspapers) as early as 1903.

However, by 1932, the same year as Vic and Sade began, you see a large uptick in mentions of club meetings in newspapers. 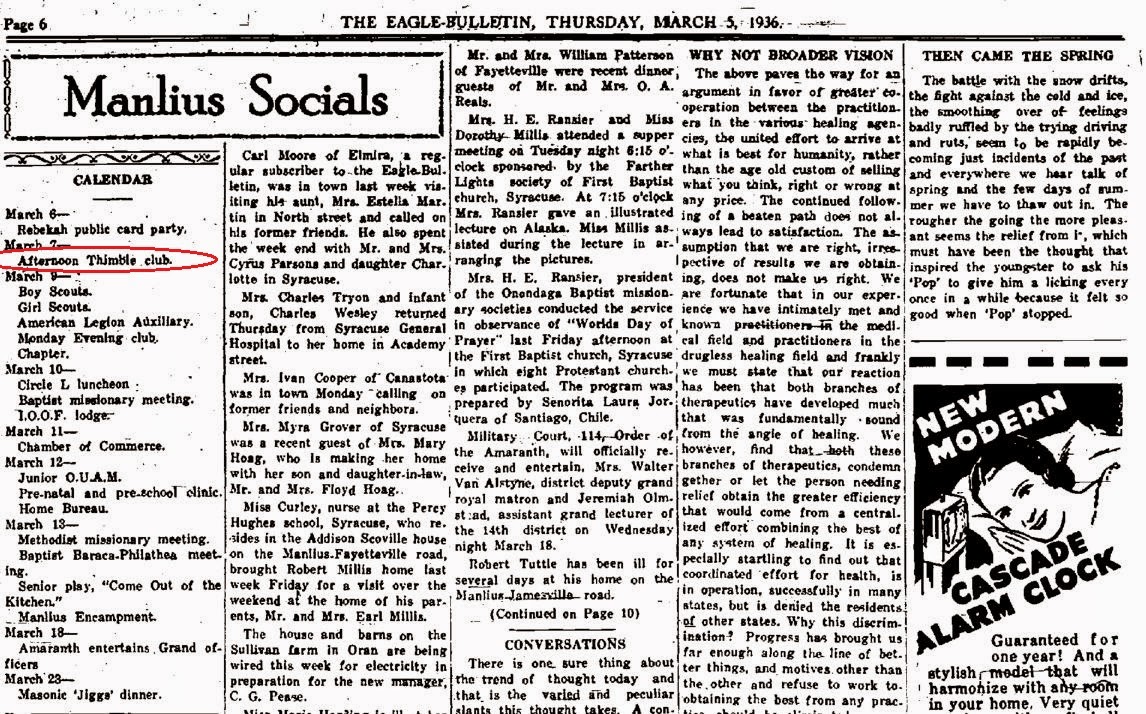 Much more information for 1934 episode

Thanks to author John Hetherington.  He has provided me many more details for 34-02-13 At the Miller Park Zoo.

The episode takes place at Miller Park (City Park) and is one of the few known episodes to take place away from the household panorama.
Posted by Jimbo at 3:50 PM No comments: